WOOD WHO BURIED IN WOODS

WOOD WHO BURIED IN WOODS

Anamalai Tiger Reserve is the largest protected forest in South India with varied type of forests. From tropical wet evergreen to dry thorny scrub forest, the tract passes through moist deciduous, semi-evergreen, high shola grassland, tropical dry deciduous to thorny scrub forest in leeward. It harbours hundreds of species of plants, animals, reptiles, amphibians, birds and mammals with high endemism. Topslip , near Pollachi, bordering Parambikulam Tiger Reserve of Kerala is the head quarters of the Anamalai Tiger Reserves . It consists of National Parks, sanctuaries and Tiger Reserve. Topslip is the only open area for tourism in Anamalai. My first visit of Topslip was in 1997. From 1997 onwards I became a frequent visitor of these forests as a naturalist guide, leading groups of wildlife enthusiasts.

I walked along the wet evergreen forests of Kariayanchola National Park, Pandaravara grassland, Maruthamkudam moist deciduous forest, Varagaliyar, Kozhikamuthy, Ambily hills etc till 2007, when tourism and core zone are marked separated. In all these tracts I have spotted many interesting species of flora and fauna, including Tiger, leopard, king cobra, Anamalai salia etc. I was surprised about the amount species of wildlife of the area. 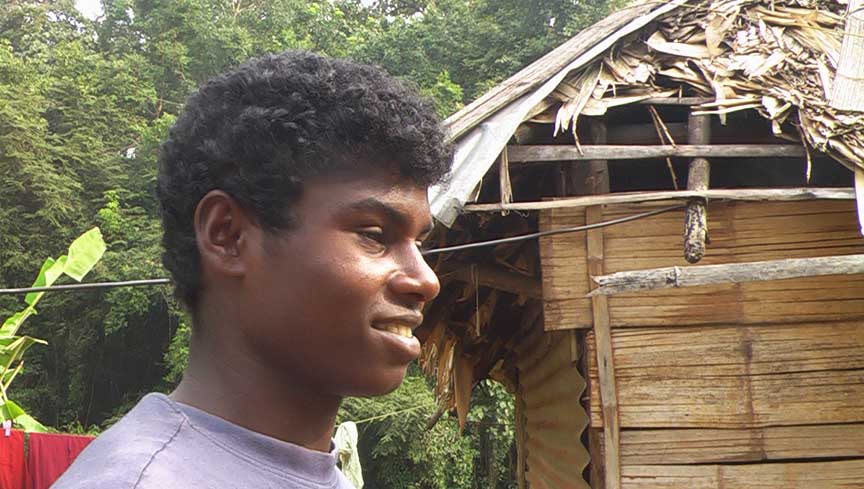 As a person working on ethnology and archaeology I worked closer with Kadars and Mala Malasars of these forests in these years. The Kadars and Mala Malasars are now restricted to Anamalais including Parambikulam and Sholayar. The works of Edgar Thurston who fascinated with customs and lifestyles of Kadars strongly believed that the Dykes of Indo-Malayan had strong connection with Kadars. I worked silently among Kadars of Erumapara and Parmabikulam and observed many of their culture and life. 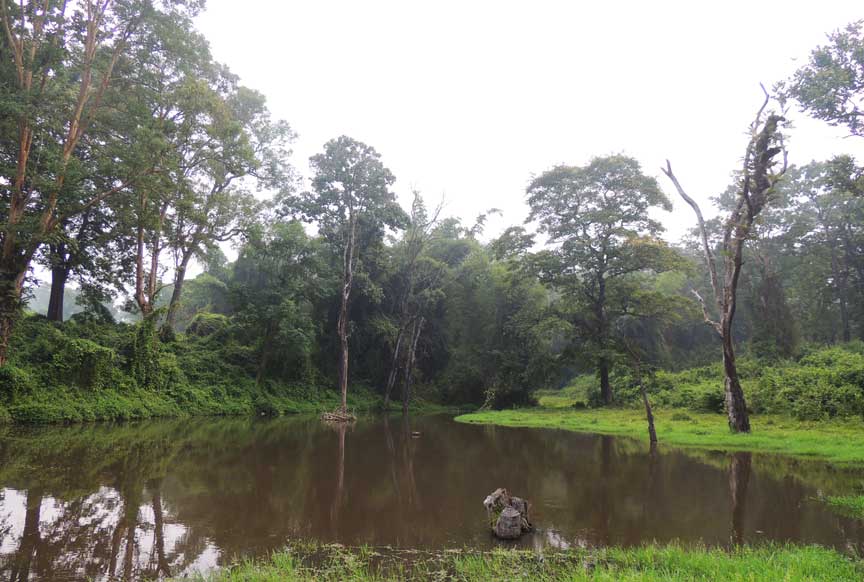 The Mount Stuart Bungalow, locally known as ‘Kannadi Bungala’ is located in a small hill in the border line between Kerala and Tamil Nadu. It is surrounded by tea plantations interspersed with bamboo groves and deciduous species of shrubs, creepers etc. Till 2007 it was given to tourists for overnight camping. Migration tracts of Elephants through the bamboo reeds from Parambikulam to Maruthamkoodam in Urulandi range are visible from the Bungalow. One can easily notice active tracts of Sloth Bear in its veranda and backyard.. We can hear the roaring Thoovanam waterfalls from the cottage.

A stream with bamboo grove passing through a narrow gorge in the north slope of Mount Stuart is an ideal place for watching wildlife movement and birds. We had good sightings of Elephants and sloth bear from this area. Some of the ficus trees in the slope are ideal spots for watching hornbill. Once we went down to the stream along the slope. I stopped there ignoring the warnings of elephant heard in the downstream. There in the slope I noticed a grave covered in mosses and leaf litters. Arumugam, my guide from the local tribal community, said it is the burial of an English man who lived in ‘kannadi Bungala’. We removed the dry leaf and helms. There we saw an engraving in ‘HUGO WOOD Indian Forest Service Born – June 12 1870 Died ; Dec. 12 1933’
The Mount Stuart cottage is built in 1887, in the name of the then British collector of Coimbatore. Why the British went into hill stations of Western Ghats is clearly known. Ootty, Valparai, Munnar and many such places were converted into small British colonies to save themselves from the heat of law land. There they started found commercial activities like plantations and timber extractions. It is for the timber extraction that the British came to Topslip, a small hillock at 700MSL. It is not far from Coimbatore. In the first half of 19th century, the British surveyed the Indian subcontinent trigonometrically. The surveyors submitted their finding of resources they found in different parts of the country.  In Anamalai forests they found huge amount of big teak trees ready for extraction. It was Ward & Conor who surveyed Anamalais in 1820 as part of their survey in Madras Presidency. 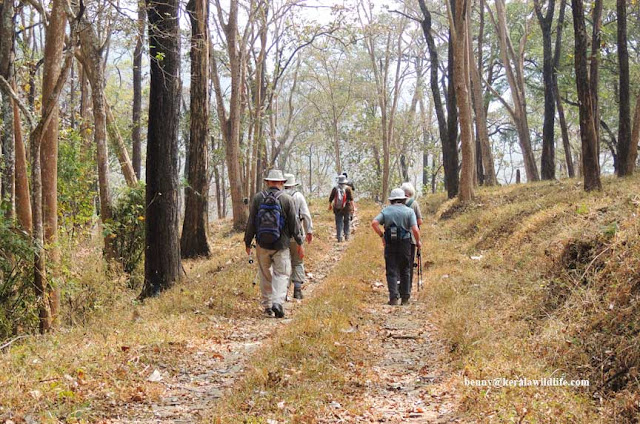 During that period in world history, teak tree was one of the most demanding material for shipbuilding, rail etc through out Europe, Asia , Africa and America. Colonial powers in Asia had the advantage of extraction of teak from Tropical Asia. Soon after the survey by Ward and Conor, the British Government ordered for clear felling of the forest for teak extraction. From Ambily hills and other focal points teak logs were ‘slipped down’ to Anamalai River, which is the head river of Nila. Through the river, logs were floated to Arabian Sea for export. Soon for the management of Anamalai forest the British government appointed a forest officer called Hugo Wood. He was well known among British administration for his excellence in forest service. More than a forest officer, Wood was a conservationist who dedicated himself for nature. He was disappointed with the clear felling advised by local landlords (Palayakarar). Wood prepares a master plan for sustainable forest management. He introduced ‘Coppice Method’ of felling. Through this method roots of the harvested tree kept in soil to regenerate. It is useful for regenerating species like teak that can grow from its root section. He also advised the contractors to plant saplings in cleared area. He started living in ‘Mount Stuart’. He, along with his tribal servants walked along the cleared tracts and sow seeds of teak and other species. He stopped the clearing of Kariyanchola and requested to keep the un-cleared patch of evergreen forest in Urulandi range. Apart from protecting and regenerating trees, Wood controlled hunting. 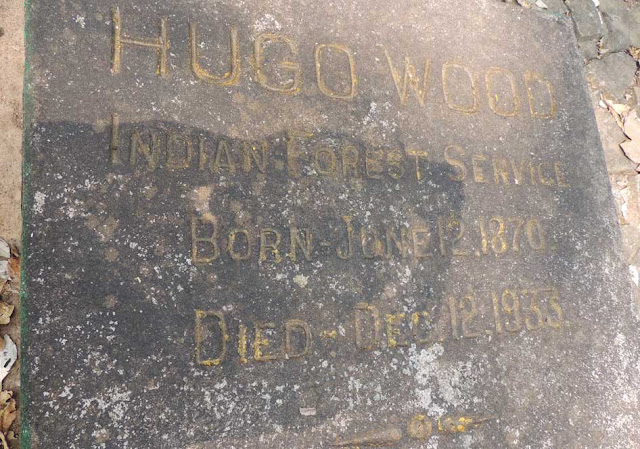 He spent his life in these woods till his death in 1933. He was 63 years then. He started his life in Anamalais in 1915. Till his death in 12th December, Wood walked with seeds and sapling. Along with his Kadar servants Wood planted hundreds of trees. As he wished, his body was buried among the woods he nursed and loved. My last visit to his grave was in 2016 February 14. I led a team escorted by famous naturalist Frances Fadden from Kudu travels UK. Then I asked her about a sentence written in three lines on the grave in Latin ‘ Si  monumentum Requiris Circumspicel’ Francis in her poetic words explained ‘look around , these tall trees are his memorial - its word to word meaning is ‘If you are looking for a memorial , look around’. Those words explain everything about Wood. Yes, you can see him in these trees, shrubs, flowers, birds and animals. It was his efforts that regenerate this healthy ecosystem. Above all there is no sign of any religion on his grave.

Popular posts from this blog 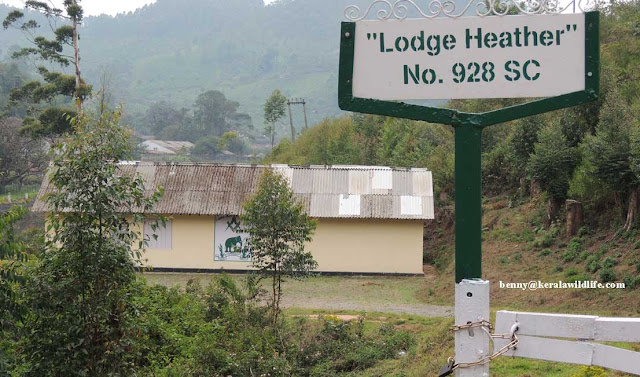 My association with Munnar turned to 3 decade now. I first visited Munnar in 1987 when I was a student. The highlights of Munnar in that time are drizzling, (noolmazha) mist and teagardens. I used to walk through the old and broken road aside the catchment of Head Works Dam.  It is one of the loneliest pathways in Munnar, through which one can walk and enjoy its nature. The thick reed bed of the catchment is home for many species of waders and warblers. Like on nature, my interests browsed through the old monuments of Munnar. The hanging bridge named after Princess Margret, the Churchill Bridge, CSI church and its old cemetery,  Head Works Dam - part of first hydroelectric project in Kerala A green trail for nature walk aside river     High range club etc bears the relics of colonial period. There was an old broken hanging bridge across the river near Munnar bears the memory of few school children who drawn in a heavy monsoon. Among those monuments, an abandoned regular b
Read more 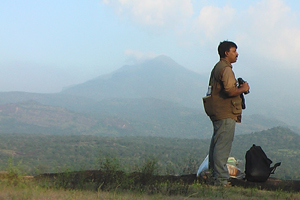 Walk Through Ages -My love with Anjunad-Marayoor valley starts from 1993. At that time, my role was an associate director of a movie. Then after, this enchanting and mystic mountains and valleys dragged my soul and mind into its unfathomed beauty.  Later in 1994 I took a video documentary titled ‘Megaliths of Marayoor’ for DD Trivandrum. Since then my curiosity driving me through the rich heritage fields of Anchunad. Then     I realized that there existed a boundless continuity of a vanished culture extent beyond the political boundaries. I decided to wander around Panani hills and Anamalais in search of its buried cultures. However, the forests tracts and farmland are rich in biodiversity. It took over my attention, changed the mindset, and paid more attention to study the fauna of the area. My journey through the forest tracts and mountains as a naturalist yielded many discoveries of Megaliths and prehistoric monuments; many may avoided due to ignorance. My academic background is
Read more